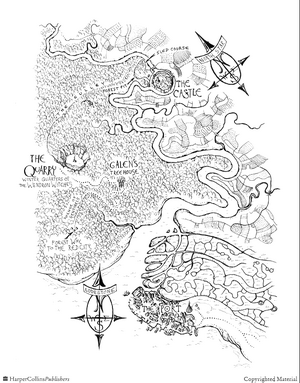 The Port is a bustling city downriver from The Castle. It lies between the ocean and the Marram Marshes, and is supported primarily by the traffic from incoming ships arriving with goods. It is an exciting and enjoyable place to many, but also perilous and more dangerous than The Castle, and is the home of the detestable Port Witch Coven. It is also known to contain a few passageways, one known as the Smugglers Bolt,[1] which stretches from the Port to The Castle.