Benjamin Heap is the brother of Theo and Zelda Heap, the husband of Jenna Crackle, the father of Alfred, Hengist, Louis, Ernold, Edmond, Garth and Silas, the father-in-law of Sarah Willow and the grandfather of Simon, Sam, Edd, Erik, Jo-jo, Nicko, Septimus and Jenna. He is called Grandpa Benji.

Benjamin is a skilled Ordinary Wizard and Shape-Shifter, a rare kind of talent. When Silas was born, Benjamin already felt old and he knew he needed to turn into a tree while he still could. Benjamin didn't want to spend his life as a ghost, floating and staying in The Hole in the Wall Tavern. Benjamin still wanted to see his sons grow up but when Silas turned 21, he knew this was his last chance. He went to the Forest and Shape-Shifted himself into a tree. Silas searched for him day and night. But when he met the lovely Sarah Willow, he took her and decided that he was searching long enough and should take a break. Silas was rapidly growing his family, but Benjamin isn't late on the news.He kept up with the gossip that the other trees talked about. He soon knew that Silas lost his seventh son, Septimus. He longed to tell Silas where Septimus is, but no one ever came. During Septimus's Young Army exercises, he told the other trees to take care of Septimus whenever they have their night exercises in the Forest. He never saw anyone since then, until Nicko and Septimus finds their way in the Ancient Groves, where he lives as a tree. There, he makes his first appearance in Flyte. 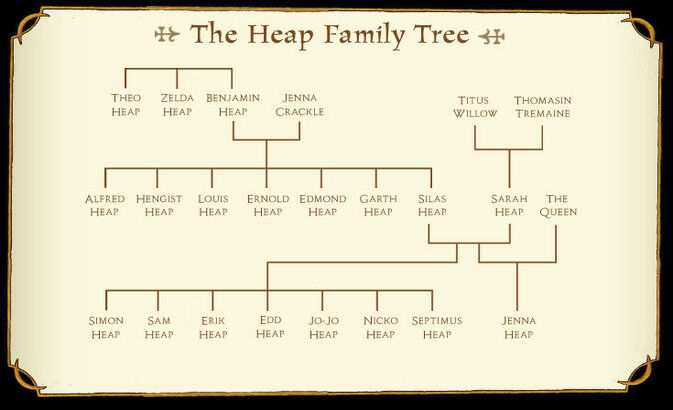